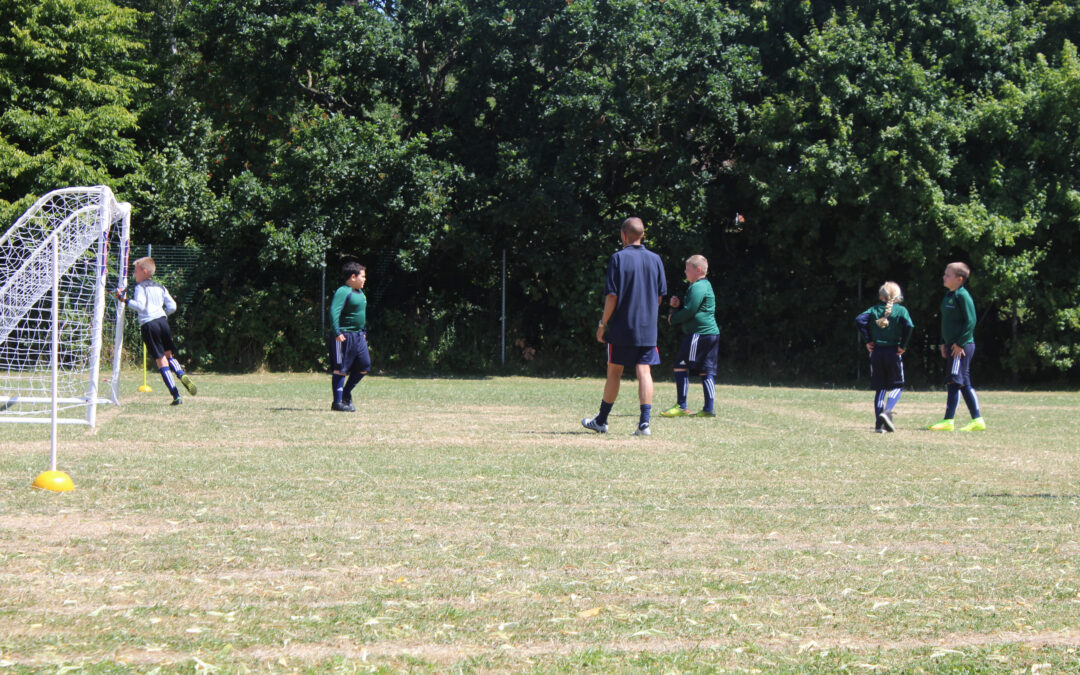 Perryfields Football team faced Red Hill School away in a friendly football fixture on a scorching hot afternoon in July.

Captained impressively by Lainie, Perryfields got off to a brilliant start with AJ firing just wide of the keeper’s right hand post within the first 2 minutes.

Following this, some impressive goal keeping from Archie and some crucial defending from Niall, meant that we kept the opposition out for long periods of play. After a great tackle from AJ, the ball was fed forward to Keelan who produced a moment of magic and AJ burst through only to see the keeper produce a brilliant fingertip save over the bar. Not discouraged, some quick midfield interplay between Keelan and Lainie fed AJ again, who this time took his opportunity to put Perryfields 1-0 up.

Seconds later Red Hill had a shot, which Archie dived down to his left to save. He threw the ball to Niall, who passed to Lainie, who ran the length of the pitch only to see her shot go just wide. Minutes later Lainie was clear again, this time she missed by the narrowest of margins.

Despite the very humid conditions, the whole team kept running and eventually Keelan managed to win the ball back in midfield and AJ smashed home his second to put Perryfields 2-0 up. Despite an equally impressive second half, which was full of last ditch tackles by Niall and heroic saves by Archie, Red Hill scored on the break to make it 2-1.

There were seconds left in the game, everyone was exhausted, but just as the final whistle was about to blow, Red Hill showed great resilience and levelled the game at 2-2 – there was nothing Archie could do to stop it.

All the players should be very proud of themselves and showed an impressive and positive sporting attitude! Well done Perryfields FC.